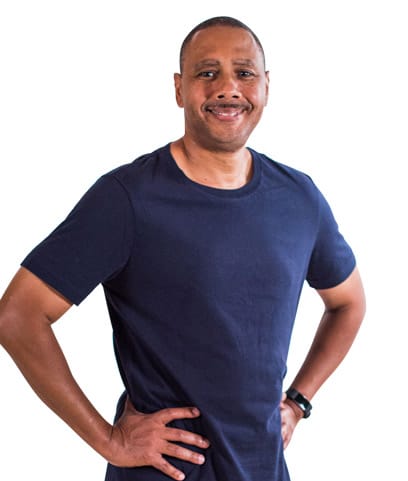 From childhood into my early forties, I could eat anything and not gain any weight.  As a result, I developed poor eating habits. I was a true junk-food junkie. Fast foods and all types of sweets were my favorites. I also ate my share of fried foods and things smothered in sauces and gravies. Things began to change in my forties and I gradually developed a lot of belly fat. By the time I entered my fifties, I suffered from high cholesterol, hypertension and experienced several digestive ailments. I took prescription medication in addition to multiple over-the-counter medications for acid reflux and heartburn on a daily basis. I had joined gyms several times over the years, but I was never motivated enough to be successful. In ten months at JWFNS, I have lost over twenty pounds and four inches from my waist. My energy level and stamina has increased tremendously and I have a healthier body fat percentage. My endurance has increased to a point where I was able to complete two 8K races. Thanks to the combination of the nutritional plan along with exercise, I have a healthier cholesterol level and I no longer need medications for heartburn.